The “Christmas Is Pagan” Diatribe 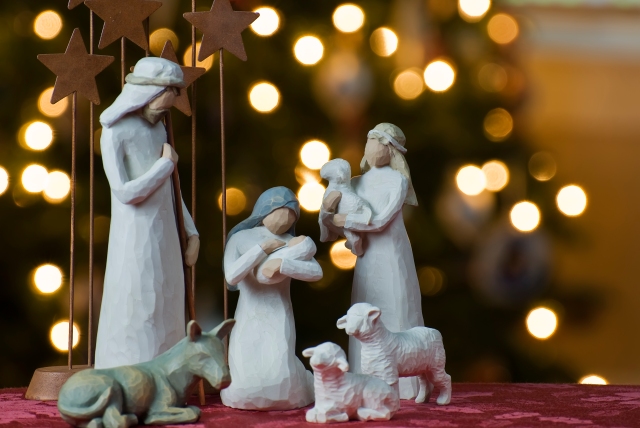 It’s that time of year, when social media is filled with posts about how Christmas is a “Pagan” holiday. So much fun!

It’s a charge often put forward by anti-Christians as if it somehow de-legitimizes Christianity. My own attitude is “So what?”

You see, religion doesn’t start in a vacuum, and each new religious movement is certain to borrow elements from traditions that came before it. New converts will likewise keep their family customs – albeit with reorientation them to their new theology – and entire societies will do the same with regional or civic traditions. It’s been done over and again more times than we can possibly know, and it’s simply the way of human nature.

This is important, because the accusation that Christmas is “pagan” has nothing to do with the REASON for Christmas, but everything to do with the CUSTOMS surrounding it, such as the date (though disputed), the practices of burning yule logs and hanging mistletoe, the image of Santa Claus/Father Christmas, the whole shebang. This is where the argument is strongest, and also where it falls apart.

The argument is strongest because it contains elements of truth, elements the Church happily admitted prior to Vatican II, and that most Traditional Catholics have no problem admitting today.

Yet the argument also falls apart on this point, precisely because it’s based on a false premise: the Protestant premise that just because something may be “pagan,” it’s automatically “evil” and therefore must be avoided. Not only is this rooted in a naïve sense of puritanism and sets up a false dichotomy of “us versus them,” it also places limits on God’s power to share His message with people and groups according to their ability, and likewise denies the reality of Natural Revelation which exists amongst all peoples.

No, the process of religious conversion and interaction amongst groups of faith is never that simple. Rather, it’s always complicated and messy especially as people live, work, breathe, and breed in the context of pluralistic societies. A rigid puritanical lens cannot be used to gain an accurate understanding of any holiday, not even modern ones such as Humanlight or made-up ones like Festivus. Every celebration is laid on a foundation of something that preceded it, and I believe that – instead of blaming our ancestors for “impurity” or whatever – we should thank them for preserving their traditions so that we may observe them today.

Originally from Queens, N.Y., and having grown up in Dayton, OH, Agostino Taumaturgo is a unique figure. He is the product of the unlikely combination of coming from a Traditional Roman Catholic background and a spirituality-friendly home. It was in this home that Agostino first learned the basics of meditation, prayer, and spiritual working. In time Agostino completed his theology studies and was ordained to the priesthood and was later consecrated a bishop. He has since left the Traditional movement and brings this knowledge to the “outside world” through his teaching and writing, discussing spiritual issues and practical matters through the lens of traditional Christian theology.
View all posts by Agostino →
This entry was posted in Uncategorized and tagged christianity, christmas, holidays, jesus, paganism. Bookmark the permalink.