Manifestation: Ain’t Nuttin’ to It But to Do It! 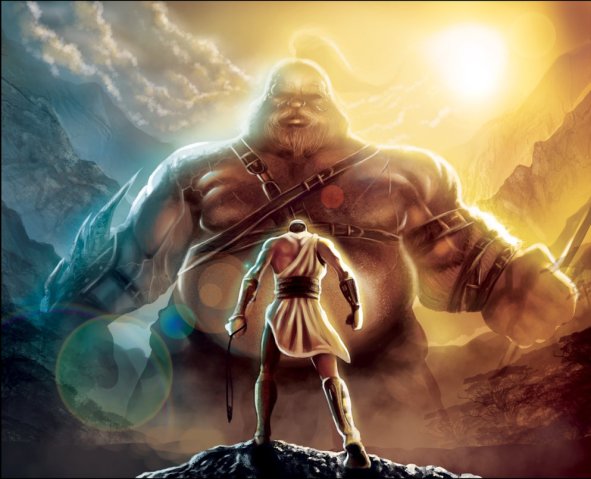 Today I was reading Mark Landry’s blog and came across his post about David and Goliath. He describes the possibility that the story is mistranslated, that David actually hit Goliath in the greaves (shin armor) instead of the forehead, and shares his take on the moral of the story:

David didn’t win the battle because of his skill, but because of his willingness to simply walk onto the field and face a giant – he believed that there was something that would fight for him – but nothing would happen until David engaged.

I want to stop here for a moment to reflect on this truth, and it’s a profound truth affecting all of us as a People of Faith as well as a People of Magic.

To be a magician you must, of necessity, believe in something of a supernatural order; that’s because magic act through applying your beliefs – your faith seeking understanding – toward manifesting divine uncreated energy (what theologians call “actual grace”) into your everyday life. Yet if you want it to manifest in concrete results, then you must ENGAGE your belief in it happening. That means you must ACT IN THE PHYSICAL WORLD. 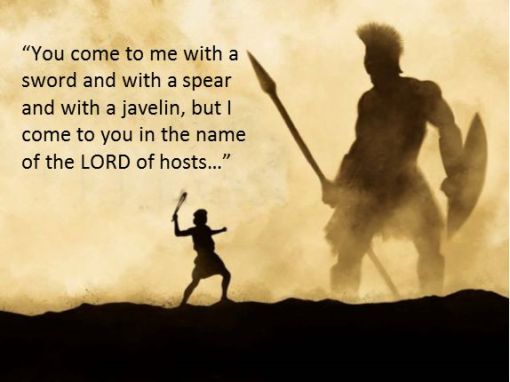 An example of this is several years ago when I was looking for a new job. Having a background in a home healthcare office, I was qualified for office work and sent several resumes; nobody responded.

I kept sending out resumes, and also started setting my sites a little lower. “Lower” as in going to the nearby pizza shop and applying as a delivery driver (the drivers can actually make good money, so I won’t knock it). Shortly afterward I started getting callbacks from those resumes and had an office job within two weeks.

The moral of this story is that if you want to bring energy into your life, you can’t just sit there like a Netflix addict or a couch potato. You have to act, even if it seems directly unrelated to your ultimate goal.

This truth is also illustrated in the Parable of the Talents (Matthew 25:14-30), where three servants were given a gift. The two who engaged that gift succeeded in multiplying it and we rewarded further. Yet the servant who buried his talent in the ground didn’t engage that gift. Instead he disengaged and bad things happened.

Back to Mr. Landry’s blog post. He concludes by talking about how this truth (a truth he clearly understands) applies to his relationship with his wife and three adopted children. I encourage all of you to read it, because the story is moving.

Sir, I don’t know you and you don’t know me. Yet I want to say here: I believe you’re a good man with a brave heart taking on a task of heroic proportions. I salute you, and may God richly bless you.

Everyone else: the next time you pray or work magic and it doesn’t pan out, don’t complain about it or whine on Twitter. Instead take a moment to ask what you could’ve done in the real world – no matter how irrelevant – to help break inertia and help the energy flow in your direction. Acting on your faith initiates the spiral, while acting on that action initiates seeing the change we want to become.

Originally from Queens, N.Y., and having grown up in Dayton, OH, Agostino Taumaturgo is a unique figure. He is the product of the unlikely combination of coming from a Traditional Roman Catholic background and a spirituality-friendly home. It was in this home that Agostino first learned the basics of meditation, prayer, and spiritual working. In time Agostino completed his theology studies and was ordained to the priesthood and was later consecrated a bishop. He has since left the Traditional movement and brings this knowledge to the “outside world” through his teaching and writing, discussing spiritual issues and practical matters through the lens of traditional Christian theology.
View all posts by Agostino →
This entry was posted in Uncategorized and tagged christian, christianity, god, magic, magick, occult, prayer, religion, spirituality, theurgy. Bookmark the permalink.

2 Responses to Manifestation: Ain’t Nuttin’ to It But to Do It!