Latin, Greek, and Hebrew are the “Three Sacred Languages” at the root of Christian religious tradition as well as Western magical literature, and I’ve sometimes been asked about how to pronounce these languages correctly. I’m more than happy to oblige.

Below are the pronunciation charts given in what I’ve come to call the “core books,” The Magic of Catholicism and Ritual Magic for Conservative Christians.

You’ll note that pronunciations given here reflect systems used outside the classroom.

The Latin, for example, is the pronunciation you’ll hear in horror movies, Church services, and pretty much everywhere outside secular classrooms (who use the Classical or “Reconstructed” system) and German classical music recordings (who use the Continental system).

The Greek as given is the pronunciation you’ll hear in real life. While classics departments and seminaries teach a Reconstructed or “Erasmian” system, everywhere else Greek is pronounced as given here: the conversational language, Orthodox Church services, and of course when ordering at your local gyro shop.

I’m posting these charts here on this blog for the sake of giving everybody a link for future reference.

I also have this as a .pdf file, which will be uploaded to the Free .PDF Library and a direct link posted here once that happens.

NOTE: No prejudice is intended or implied against other systems of pronunciation, as these charts are simply intended to acquaint the reader with systems in common use. As always, the reader is free to use the Classical, Continental, or Erasmian systems in his or her working, and in the case of Hebrew is advised to follow the pronunciation of his or her parents, rabbi, or a qualified language teacher. 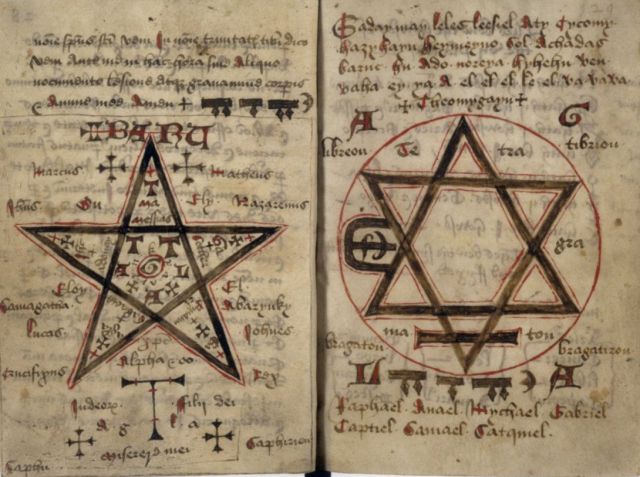 There are three major forms of Latin Pronunciation: Classical, taught in classrooms; Continental, most often heard in classical music recordings; and Italianate, used in Church services, horror movies, and most occasions one hears Latin. We give the Italianate, because it’s the most commonly heard and used.

Consonants are pronounced just like in English, with the exception of the following:

ch always hard as in ache

As with Latin, Greek has two pronunciation schemes: the Erasmian taught in Classics departments and seminaries, and the Modern which people actually speak outside the classroom. This chart gives the Modern pronunciation, used in conversational Greek as well as the Divine Liturgy of the Orthodox Churches.

Hebrew is read from right to left, and each consonant has a numerical value.

Originally from Queens, N.Y., and having grown up in Dayton, OH, Agostino Taumaturgo is a unique figure. He is the product of the unlikely combination of coming from a Traditional Roman Catholic background and a spirituality-friendly home. It was in this home that Agostino first learned the basics of meditation, prayer, and spiritual working. In time Agostino completed his theology studies and was ordained to the priesthood and was later consecrated a bishop. He has since left the Traditional movement and brings this knowledge to the “outside world” through his teaching and writing, discussing spiritual issues and practical matters through the lens of traditional Christian theology.
View all posts by Agostino →
This entry was posted in Uncategorized and tagged greek, hebrew, language, latin, pronunciation. Bookmark the permalink.