A Lot of Words Saying Nothing 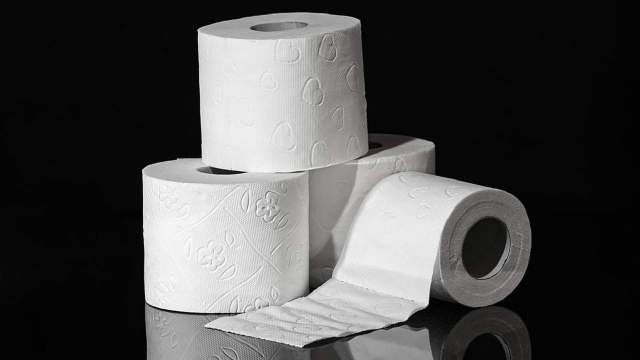 I’ve had a lot of writing ideas lately. One was about the Novus Ordo bishops’ directive for communion in the hand, which then became irrelevant because the churches were closed down.

Another is a post about a question put to me about Crowley’s so-called “Gnostic Mass” in relation to Catholic liturgy. This one wouldn’t be published until certain other things happened first, but after reading everything I could get my hands on about the ritual and watching twelve hours of video (recorded liturgies, rubrical seminars, and commentaries on symbolism), the plan was to document every source I’d found and explain why my opinion on it is neither positive nor negative, only that it is not and was never intended as a substitute for the Holy Mass or Divine Liturgy.

I was going to make a blog post fleshing out the “If Someone Claims to Be a Bishop” post I made on Facebook, with links and further explanation. That’s not an option either.

There’s also the upcoming class about Benedicaria scheduled for this coming Tuesday. Doesn’t seem like a good time for self-promotion.

All of these are just improperly timed, along with anything else I could possibly say.

It’s no secret we’ve been living in Clown World for quite some time. It’s even less of a secret our world recently became clownier, and toilet paper’s now arguably more valuable than gold. Hopefully things don’t get much worse, and we find ourselves a long way from getting to the point where bullets become more valuable than toilet paper.

Truth be told, I’ve been choosing not to say anything about the novel coronavirus, for fear that anything said will either feed into the current panic, or inadvertently sell false hope to the desperate. Funny that the “three priestly virtues” – Knowledge, Piety, and Prudence – are sticking with me years after leaving ministry, but such a tack would run contrary to Prudence.

Not only that, I don’t have anything to contribute to the conversation that hasn’t been said a million times over anyway. Nor do I trust the government or media to tell the truth even when they say the sky is blue, which means I’ve got no access to special information or any reliable information at all. The most reliable information I have is based on the fact my mother and grandmother were both nurses, and they taught me best practices for improving your chances in a “subclinical environment,” as my mother would call it.

So ultimately, all I have is A Lot of Words Saying Nothing. Full stop.

There is one suggestion that’s been given me though, that I think is worth pursuing. On March 11, I received a Facebook message asking me to talk to magicians about focusing our efforts to help those caring for patients and working on a vaccine. I quote the message in its entirety:

I follow your work and I know your seriousness. I’m just getting in touch to share an idea that “blew” me yesterday. It’s about the pandemic effect of COVID-19. Wouldn’t it be good for some practitioners to organize groups with evocative or devotional practices aimed at angels who intercede for healing the sick in this moment of gravity on a planetary level?

The idea seems “absurd” at first. But it can be something simple and well targeted, like contacting the angels to help scientists who are dedicating themselves to the work of discovering how to fight and definitively cure the virus and reduce the rate of mortality and contagion of the epidemic. Or even help doctors on the frontline caring for hundreds to thousands of patients, both in the country and in other nations.

I believe that a post of yours in this sense, being a public person with a job of good visibility in the community, would attract the eye of others interested in practicing this type of charity at the macrocosmic level.

This idea is certainly not absurd, and fits well within the mechanics of magic as well as the seven keys of effective prayer. Rather than rituals to “ward off” the virus (absurd), or candles that allege to keep one from getting sick (profiteering and exploitation), the goal here is to send the help directly to the people on the front lines with the knowledge and expertise to stop this thing, or at least bring it to manageable levels until something better is found. It’s certainly a more reasonable and workable strategy, and has potential for accomplishing the most good.

With that, I’m going back to leaving you alone. I’ve been in a funk the past week and had more crap happen this morning. But on the bright side this has led to a great deal of self-reflection. As we progress into the future, I’m thinking of taking my occult practice more private – the books and this website will stay up, don’t worry – and focusing my writing on other subjects that could be related or even very different.

Maybe I should take this time to finish writing the novels I’ve got on my hard drive: The Succubus, the Strega as well asThe Rosary and the Ring, and see how they end up turning out!

Originally from Queens, N.Y., and having grown up in Dayton, OH, Agostino Taumaturgo is a unique figure. He is the product of the unlikely combination of coming from a Traditional Roman Catholic background and a spirituality-friendly home. It was in this home that Agostino first learned the basics of meditation, prayer, and spiritual working. In time Agostino completed his theology studies and was ordained to the priesthood and was later consecrated a bishop. He has since left the Traditional movement and brings this knowledge to the “outside world” through his teaching and writing, discussing spiritual issues and practical matters through the lens of traditional Christian theology.
View all posts by Agostino →
This entry was posted in Uncategorized and tagged bad mood, toilet paper. Bookmark the permalink.

2 Responses to A Lot of Words Saying Nothing